As a United States Marine Corps veteran with over 22 years of service, Morgan Adams’ military experience prepared him for the “battle” of truck wreck litigation. He now represents the injured victims of crashes that involve large trucks or buses, fighting for those who have been harmed by the negligence and recklessness of others.

As the founding trucking attorney behind Seattle Truck Law, Mr. Adams has successfully taken on cases against some of the nation’s largest trucking, bus, and insurance companies. He is also a longstanding member of the Multi-Million Dollar Advocates Forum, open only to attorneys with a history of multi-million dollar verdicts and settlements.

Additionally, Mr. Adams is a six-time Tennessee Super Lawyer and has been selected in the past as a member of The National Trial Lawyers, an honor available only to the top 100 trial lawyers in each state. He is also the first and only recipient to date of a Lifetime Achievement Award from the Trucking Litigation Group of the American Association for Justice (AAJ), and he received his board certification in civil trial advocacy from the National Board of Trial Advocacy in 2014.

Mr. Adams received his law degree from Georgia State University College of Law in 1989 and joined the prestigious law firm of Hatfield, VanCleave, Akers & Adams as a litigation partner after leaving active military duty. He founded Seattle Truck Law in 1997 and has since established himself as a legal leader in the area of large truck and bus crash litigation; he has lectured and written frequently on this topic throughout the nation for the benefit of other attorneys. He practices today with a sole focus on personal injury cases that involve large vehicles like tractor-trailers, buses, logging trucks, dump trucks, and others.

Since leaving Marine Corps active duty in 1994, Mr. Adams has maintained his commitment to our armed forces by providing pro bono representation for one or more veterans every year. He credits his military service for instilling the work ethic and values that guide him daily as an attorney and advocate for injury victims.

Click here to read more about some of the results that Morgan Adams has achieved on behalf of his clients.

Learn More About Us 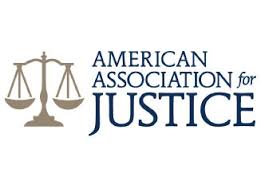 "When I called Morgan I was lost… When Morgan laid our case out in front of us, I knew I had made a very wise choice in attorneys. My wife is 100% disabled, but thanks to Morgan Adams she has an income and investments to take care of her needs. I would recommend Morgan Adams to my best friend."
- Kenneth Floyd Boyles — November 6, 2008

“Morgan helped me with a lawsuit against a trucking company. He handled my case with the utmost professionalism. I was very impressed with the outcome as well as his attentiveness to my needs.”
- Joshua Granger — October 11, 2009

“[Morgan] explained everything to me, he was always helpful, and his staff was very professional, friendly, and nice. He was clearly respected by the mediator and the trucking company’s lawyer. He wanted to go to trial but listened to me when I wanted to settle.”
- Mary (last name withheld) — May 13, 2010

If you’ve been injured in a trucking accident, please call our office at (866) 580-4878 or fill out our online form to set up a free consultation with our attorneys today. We offer free initial consultations and contingent fee billing, which means that you will not have to pay any fees or expenses unless and until we make a recovery on your behalf.

Remember that time is of the essence in a personal injury case and the sooner you contact our attorneys, the greater advantage we will have in gathering evidence, investigating your claim, and advocating on your behalf.

Seattle Truck Law is a personal injury law firm that fights for clients who have been hurt in collisions with large trucks and buses. We also represent the families of victims who have lost their lives in these deadly wrecks. The firm serves clients in areas throughout Washington state, including Seattle, Tacoma, Olympia, Spokane, and more. We also handle cases nationwide by working with the best local counsel.

"Contingent fee," "contingent fee basis," and "contingent fee policy," as used on this website, refer only to those fees charged by attorneys for their legal services. Such fees are not permitted in all types of cases. Court costs and other additional expenses of legal action usually must be paid by the client.

The Supreme Courts of some states, including Washington, do not recognize certification of specialties in the practice of law. The certificate, award, or recognition is not a requirement to practice law in Washington or those states. Read more on our disclaimers page.